A downloadable game for Windows and Linux

Suddenly, you find yourself reading the description to this genre-shifting game. Play through Lily's increasingly bizarre adventure, where she has to unshrink herself, defend her home and… date cute alien boys?

In the platformer stage you can use A & D with Space to Jump. Your goal is to get to the end of the level and push the big red button.

In the dating sim genre, your goal is to get one of the boys to accept your invitation for a date to the prom. Or else you'll be thrown out the airlock.

MoonSprite is a small team of Five, led by PipMakeGames (Agapios Kokkos). Here's a little bit about each of us and what we do.

I was the team lead designer and project organizer. Originally, we came up with the idea for the game by trying to think of a theme that would help showcase our skills as a group. By choosing Suddenly, I was able to bring my peers’ potential to the surface and help them showcase their talents. My management style is focused on keeping a flexible schedule and problem solving, and approaches projects through a progressive iterative approach. As a designer, I strive to make polished experiences that stick with people, I had a hand in just about every facet of the project but my proudest work is found within the dating sim as I was the sole writer.

I’m a recent graduate of Digital Arts from the University of Kent. Aiming to extend my UI design portfolio, I worked to create a cohesive hand-drawn interface suitable for this fun, genre-shifting game. I also worked on the backgrounds and object animations, combining vector art with brushes and textures in-keeping with the character art.

I'm a recent graduate of Art for Independent Games Design from the Grimsby Institute. For this project, I worked to design and create the characters and their animations. As this is a genre-shifting game, I worked to ensure the designs were cohesive yet still distinct from one another; the first two genres focus on fun, cute designs with hand-drawn frame animation, while I designed the dating sim characters to be both recognisable as counterparts to the earlier characters, and to be in keeping with its contemporaries in the genre.

Hi, I'm Richard and I have a City & Guilds Level 7 Diploma in Game Development. My role with MoonSprite was as a programmer generalist. For this project, I have made contributions towards the UI and gameplay features. I have been involved with also the pre-game screens such as the menu screen, the platformer level, pause and game over screens, tower defense level, level cut scenes and the dating sim level.

I’m Alex Williams and I’m one of the programmers for this project. I handled small features and bug fixes.

Gax the ‘wonderious’ witch for lending their voice to sound effects

Playtesting this game was really fun.

Lovely game. I loved the Tower Defense and Platforming section. The Dating part probably isn't my cup of Tea but that's probably because its not really aimed at me. But I love the art style. Keep it up. I also love the transitions between each section. 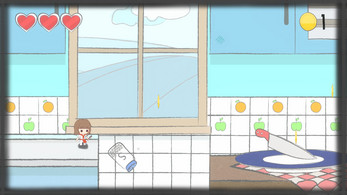 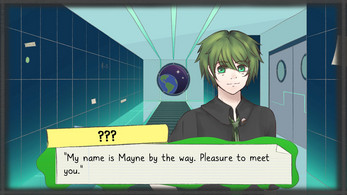 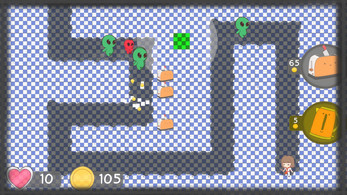